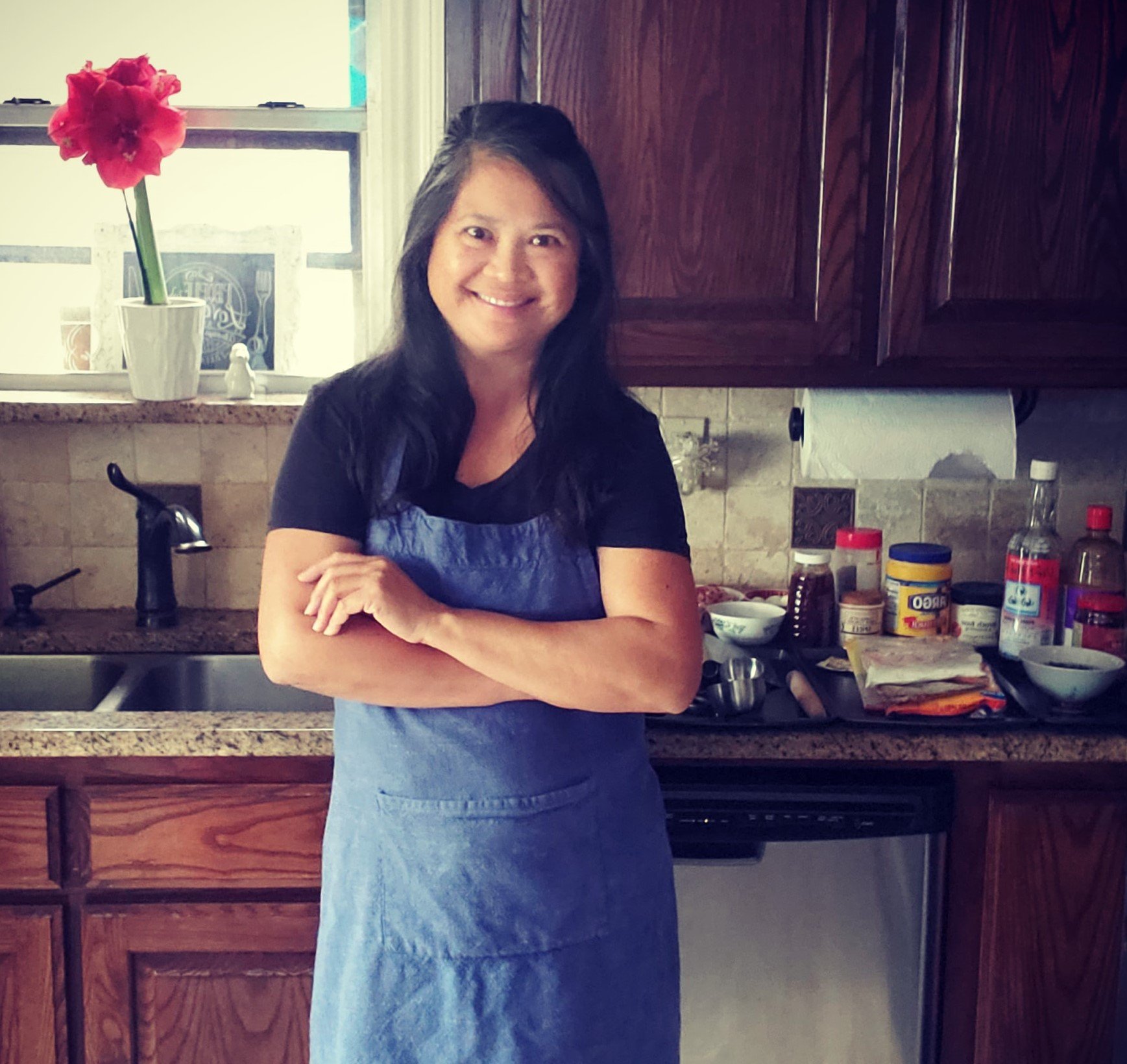 Entrepreneur Hao Tran finds the power of Purpose in the kitchen and in the classroom.

Hao Tran is a chemistry teacher and coach with a lot of passion projects. She exemplifies the Blue Zones Power 9 principle of Purpose – focusing on something worthwhile to bring meaning to her life and her community. In Tran’s case, her purpose is sharing food from diverse places and cultures. She shares what she has, and what she knows, with love.

Tran, who grew up in Arlington, is the daughter of Vietnamese immigrants. Her father was a captain in the South Vietnamese Navy, and her mother was a nurse in a time where it was rare for women in Vietnam to get a college education, much less have a professional career. Her family fled the fall of Saigon in April 1975. “Catholic Charities sponsored us here in Arlington,” she said. Her father’s siblings were scattered to Kentucky, Florida, and Montreal.

Her family’s attitude of gratitude at safely landing in America has inspired Tran’s many projects. She was in the leadership class Steer Fort Worth. Tran participated in the education committee, where she helped devise a Blue Zones-tailored menu for better eating habits for De Zavala Elementary, taking the district’s allocated budget and repurposing that food with something healthier,” she said. Even small changes, like “moving cookies and chips away from the end of the line so kids aren’t reaching for that” helps students make healthier choices.

She credits her parents with instilling in her the love of cooking and also eating with a Blue Zones Plant Slant. “Growing up, we didn’t eat a lot of animal protein,” she said. Whether it was creating the French-influenced cuisine of her mother’s South Vietnamese home cooking or the more robust, spicy flavors of her father’s recipes from Hue, to the west, Tran has always been passionate about sharing food. “Vegetarian Pho is super easy to make,” Tran said. “It’s all about the seasonings.” She’s even adapted her late father’s spicier Pho recipe to incorporate firm tofu instead of beef.

Tran’s love of her family recipes and desire to inspire helped further her Purpose. She created her blog-turned-small-business, Lost in the Sauce, where she shared recipes and conducted pop-up workshops making dumplings. That connected her to Chef Dena Peterson Shaskan and her husband Trent, and nutritionist-foodie Dixya Bhattarai. The four compose part of Tran’s Right Tribe, another Blue Zones principle, and they launched The Table Market + Culinary Studio in September 2019. Part grocery store for locally grown and made products, part catering company, when the local economy shut down in March, The Table’s grocery arm was still able to remain open. Pivoting to on-line ordering in literally days saved them, Tran said. “We could still pay our staff to fill orders. We had vendors dropping products at the door.” She’s grateful that the enterprise remains open, with modifications to how many people can enter the doors at a time. The retooled delivery of food meant that “events and on-line cooking classes tanked for a while,” she said. While Tran was unable to teach people how to make her famous dumplings in person, she was still able to make them, freeze them, and sell them. The frozen dumplings have a relatively healthy freezer shelf life. “People say they love them,” Tran said.

The Table is now offering on-line how-to make classes featuring Tran’s dumplings and Bhattarai’s mostly vegetarian Nepalese cuisine. Customers can order kits with all the needed ingredients from The Table and log on to watch the chefs do their work. Most importantly, Tran says, The Table is about “locality and sustainability.” At The Table, “you are buying organic good food that’s produced sustainably.” Tran said. “That helps longevity.”