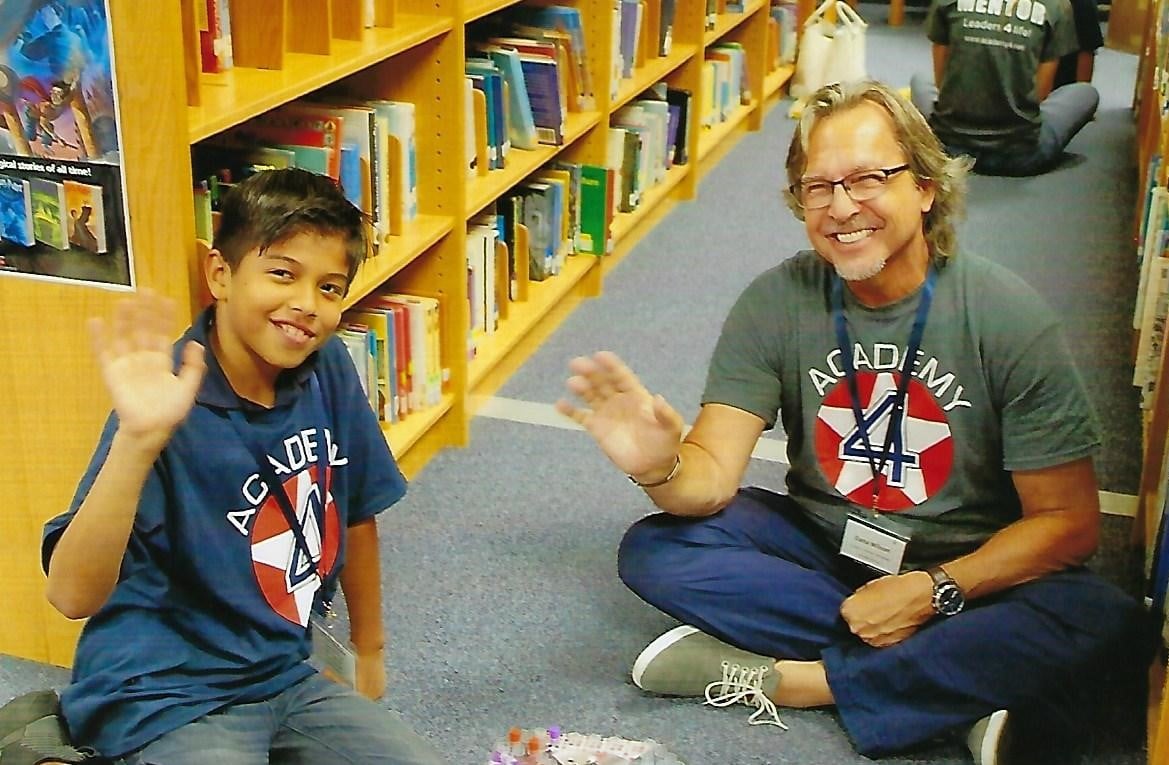 SPARK HAPPINESS WITH A "SOCIAL HOUR"

Dana Wilson sparks happiness with those around him through the Blue Zones Power 9 principle of SOCIAL HOUR.

Sharing time with friends and family truly can make life better. In areas of the world where people live the longest, one key to longevity is gathering regularly with people you care about to reconnect and socialize. That’s the idea behind the Blue Zones Power 9 principle of Social Hour.

Realtor Dana Wilson is a big believer. As an amateur chef who relishes cooking for others, he understands how sharing time with friends, with good food, and an occasional glass of wine can spark happiness. In his community, as in many others during the pandemic shutdown, more people than usual began walking outdoors, sitting in their front yards, and conversing with neighbors they’d never met. During that time of social isolation, Wilson recognized that people were trying to connect. So he invited food trucks to his neighborhood as a sort of expanded Social Hour. “Food is one of those things that makes it easier to connect,” Wilson explains. “We could social distance while standing in line to pick up a meal and talk to neighbors, and safely share food together.”

The neighborhood also was the site of a drive-by parade for one of Wilson’s daughters when the pandemic canceled her initial wedding plans. The family staged a scaled-down wedding in their front yard, spreading blankets on the ground for a small group of guests to sit, practicing social distancing and wearing masks. Others watched from parked cars on the street and long-distance family members joined via Zoom, including Wilson’s six siblings. “It was phenomenal and so much fun,” Wilson recalls. “It was the most intimate, real wedding I’d ever attended.”

For Wilson, the concept of Social Hour is closely related to another Power 9 principle called Right Tribe, which is about connecting with a robust network that supports positive behaviors. He enjoys the camaraderie of fellow volunteers who conduct a series of Second Saturday Divorce workshops. The nonprofit group assembles trained professionals to help women deal with legal, financial, family and personal issues related to divorce. “This outreach fills my heart and touches my soul,” Wilson says. “At every workshop, I cross paths with people who are hurting, need help, have questions and feel lost. I get to know that I am part of helping them find an answer.”

Another important part of his personal network is a group called “100 Men Who Give a Damn.” Their mission is to bring together 100-plus guys who care about local causes and are committed to helping. At quarterly meetings, each member contributes $100 — for a total of $10,000 — to donate to a local charity. After hearing pitches from three nonprofit organizations, the members vote and award $10,000 to the top vote-getter.

Wilson also taps into the community as a mentor for Academy 4, an independent nonprofit organization in Fort Worth that provides leadership mentors to fourth-graders in economically disadvantaged schools. Trained volunteer mentors meet with students monthly to build self-esteem, encourage academic achievement and school involvement, and to help them view their futures more positively. “Working with these kids and seeing their joy that an adult is taking an interest in them is a priceless psychic paycheck,” Wilson says. “I get a lot more out of it than they do. But I do hope that a seed has been planted and, a few years from now, they can say that I helped.” Through mentoring, Wilson discovered another Power 9 principle, a sense of Purpose. In Blue Zones areas, having a strong sense of Purpose promotes healthy and happy living. “Without a Purpose, we’re like a ship without a rudder,” he explains, and he is dedicated to “paying it forward.”

It took a battle with cancer to awaken Wilson’s passion for “doing good for the sake of the doing.” He and wife Melanie, CEO of Fort Worth’s Cancer Care Services, are both stage 4 cancer survivors and lost a 21-year-old daughter to the disease. He now serves as a volunteer mentor for head and neck cancer patients and their families and donates a portion of every real estate commission to the nonprofit. He finds that the blessings he receives from helping others far outweigh his contributions.

For Wilson, the Power 9 principles add up to a full life. He’s learned to Downshift and reduce stress by setting his own pace and priorities. He’s also focused on Family First by making his wife, siblings, children and grandchildren a top priority. By embracing habits of the world’s longest-living people and connecting with like-minded people who want to “give back,” Wilson says he has found an enhanced sense of well-being, and built a deeper, more meaningful life. Despite hardships and challenges over the years, he has learned to not just survive, but thrive.