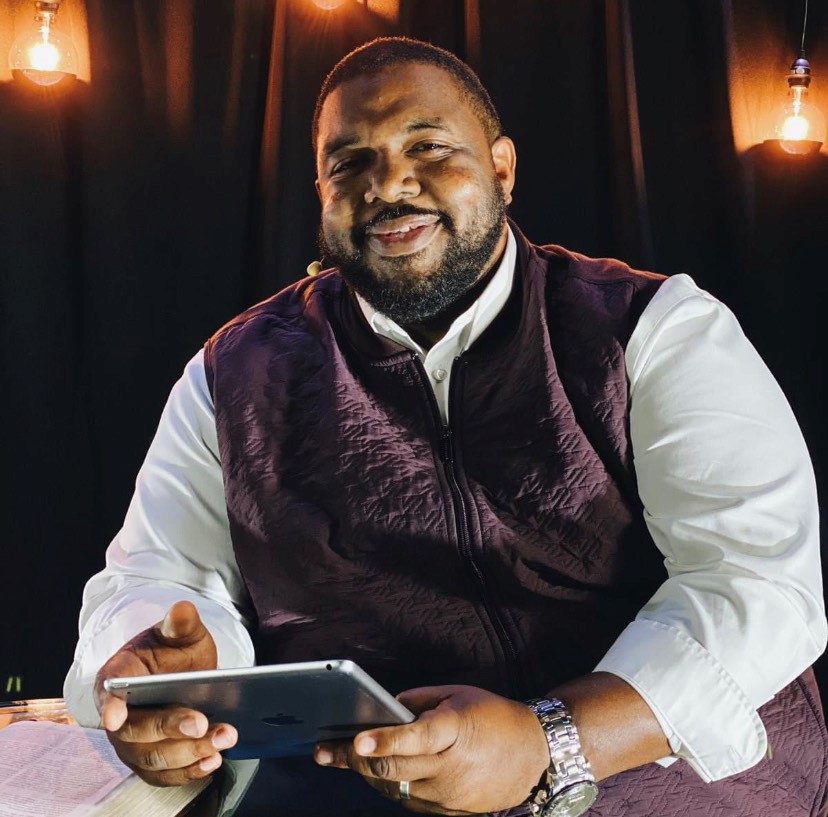 Moving more, eating with a Plant Slant, a healthy dose of Belonging, and a new appreciation for Social Hour have proved life-changing for Pastor Robert White.

Robert White is lead Pastor at the non-denominational Protestant Freedom Church. During 2020, he’s weathered the racially charged summer, a case of COVID, and the relative social isolation that the pandemic brought. The outgoing Pastor White used these challenges as opportunities for unparalleled personal transformation.

Over the past four months, Pastor White has embraced many of the Blue Zones Power 9 principles, lifestyle habits of the world’s healthiest, longest-lived people, particularly Moving Naturally and eating with a Plant Slant. White was a high school football offensive lineman who says he kept eating like a high schooler without retaining the high school metabolism. The change to a more plant-based diet, with an increase in fruit and vegetables and a decrease in animal products didn’t happen overnight.

He credits his wife Marisha, who’s a former track athlete, for the gradual increase in his physical activity, and for the increase in more fruits, vegetables, and whole grains. He said that the pair tried Spiral Diner, loved the taste of the plant-based comfort food there, and became motivated to learn how to cook like that at home. “She’s my motivation,” Pastor White said. “This is her thing. I’m slowing her down.” He lost a staggering 83 pounds by moving more and changing the way he eats. “I had to change my mind about what a treat was,” Pastor White said. “Comfort food is comfort food for a reason, but you can treat yourself with a plant-based diet.”

Pastor White said the pandemic has had an impact on his outlook on health. “This summer I ended up with COVID. Living a sedentary life is hurting our immune systems.” He now starts his day with a four-mile walk along the Trinity Trails. In keeping with the Power 9 principle of Family First, he says he and his wife enjoy a date breakfast on Fridays where they pick a spot, walk there, and enjoy a leisurely breakfast and time together.

Although Pastor White’s father was a minister, he didn’t originally see that as a life goal. When he moved to Fort Worth from California, he was an insurance agent. “God had other plans,” he said with a hearty laugh. A stint as a youth minister at Cornerstone Church in Arlington, where his first assignment was leading the 7th and 8th grade girls’ Sunday school, convinced him that this was a calling. He built Freedom Church in Bedford in 2013, and he hasn’t looked back.

One of the tenets of Freedom Church is “come as you are,” Pastor White explained. “Jesus says whoever will, let him come.” But the church also pours a lot into the local community, with a variety of congregant-led teams that help people find where they belong –– Belonging is another Power 9 principle. Even though the worship services are primarily on-line, he uses the steps that he’s mastered with Blue Zones to inspire his congregation. Pastor White sees the physical and emotional stress that challenges him and his congregation, but he doesn’t spend a lot of time in anger. “People who want to stand up and change things give me hope,” he said.

Although he doesn’t drink alcohol, White is also a big fan of the Power 9 principle called Wine @ Five. Based on the benefits of flavonoids found in red wine – disease-fighting antioxidants – it’s really more about the health benefits of connecting and spending time with friends and family. You can get the same results over coffee, a smoothie, or even a healthy meal with friends. Pastor White calls this time Social Hour. “I love being around people,” he said. “It’s harder now, but I am enjoying spending time sitting around the table after dinner.” Pastor White also credits this time with helping him find perspective. “I’m resting, destressing and releasing what’s out of my control, he said.”