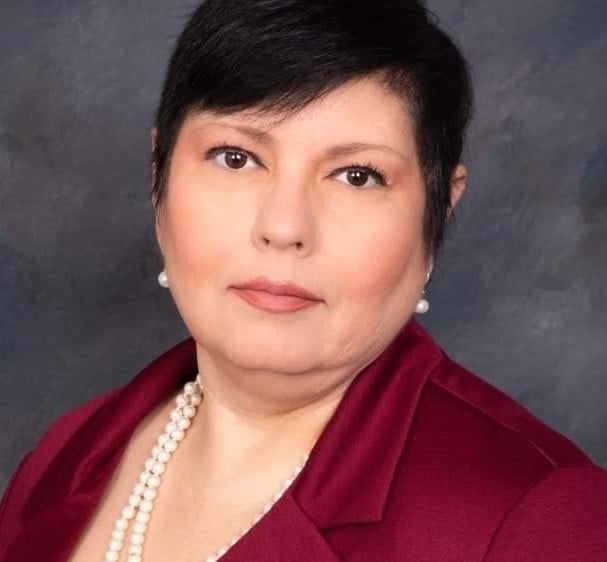 POWER OF GIVING BACK

Sandra Garcia gives back to her Right Tribe by giving to others and her community.

Sandra Maria Garcia is the product of what is called the Blue Zones Power 9 principle of Right Tribe: people who rallied around her when she was young. Garcia, the State Chair-elect of the Hispanic Women’s Network of Texas (HWNT) was born in Durango, Mexico and came to Fort Worth when she was seven. “Back then the Fort Worth school district didn’t allow undocumented immigrants to go to school,” she says. A church took her family and others in, and the nuns got her ready for the transition to school and a regular classroom. “I was one of the first undocumented students to be admitted,” Garcia says. “I was 9 years old and in the third grade in 1980.”

Garcia was a beneficiary of the Immigration Reform and Control Act, signed by then-president Ronald Reagan in 1986, which allowed a pathway to citizenship. She became a citizen in 1998. Since 2009, in her work with the HWNT, both at the local and at the state level, Garcia sees high school and college students who are facing challenges because they have immigrant parents, or they themselves are immigrants.

As the chair-elect of the HWNT, Garcia is in training to manage seven chapters state-wide, including the Fort Worth chapter, where she’s been a member since 2009. Garcia says that she found her Purpose, another Blue Zones Power 9 principle, in Latinas in Progress (LIP), a mentoring and education program for young Hispanic women which she’s chaired at her Fort Worth chapter. “We have the largest LIP program in the state,” she says. “We have a session each month for six months, we tour colleges, and we help them apply for financial aid.” The LIP program also focuses on the unique challenges of young Hispanic women. “We teach them how to apply for and survive in college, how to communicate in person and in writing, how to write the college essays, how to ask for health and mental health help.”

Garcia is familiar with the needs of her young mentees. “I know in the class of 2021 we had one participant who lost her mother to COVID,” she says. “Mental health is a big component for us. A family member had an anxiety attack at TCU when she was doing her master’s degree. I can only imagine how a freshman would do.” The challenge of finishing high school in quarantine and isolation is not lost on Garcia. “Technology issues are equity issues,” she says. “I had to upgrade my system when they sent me to work from home. How do kids afford a $60 a month for better internet?”

A long-time City of Fort Worth employee, Garcia is currently a budget analyst. She’s been a city employee since 1985, through a partnership the city had with her high school to provide vocational training for students. “I worked there summers and half-time during the school year for credit,” she says. She credits her teachers, who encouraged her to get an education and get a job in government. Garcia started college at TCU but found it “too big” for her. She attended TCC, then Texas Wesleyan University. “It took me 12 years but I finished, she says. “It doesn’t matter how long you take to get that piece of paper,” she says. “It just matters that you get the degree.” She returned to TWU to get a Master’s in Management.

Garcia became involved with Blue Zones Project when she was a champion and coordinator for her employer. As a diabetic, Garcia understands the need to Move Naturally, which she says has been difficult during COVID. “I sit all day, and I’m feeling it,” she says. She realizes the importance of 30 minutes of exercise daily and says she’s been “getting back in the groove” as more places open up.

Last year, she was able to give back to her Right Tribe in the form of social action. “My Zip code had the worst COVID numbers in Tarrant County,” she says. “We applied for free masks, sanitizer, and gloves everywhere we could and had pop up giveaways” using the LIP students to help with distribution. Garcia credits Teresa Ayala, who’s on the TCC Board of Trustees, and local business/community leader Roxanne Martinez as her allies in leveraging the resources for people who live under the poverty line. Much of the supply distribution happened in the Diamond Hill Jarvis neighborhood. “You couldn’t find hand sanitizer then,” she says. “I set up a little pantry that I stocked from Sam’s. People needed bread and meat and beans.” The gift of hope to the area where she was raised is a large part of Garcia’s Purpose.